Please click on the images to view full size versions 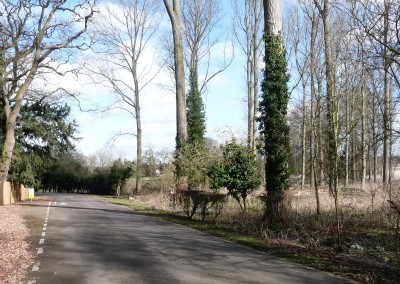 Until 1844 Holme Lode would have come into the village from the north east crossing this road before entering into the garden of Holmewood Hall. 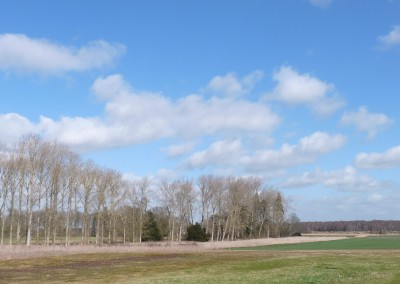 This view would have been much bleaker until the Fens were drained as this area would have been a bog. The silver birch trees of the Holme Fen Nature reserve can be seen at the back of the picture. They are one of the largest concentrations of silver birches in the country. 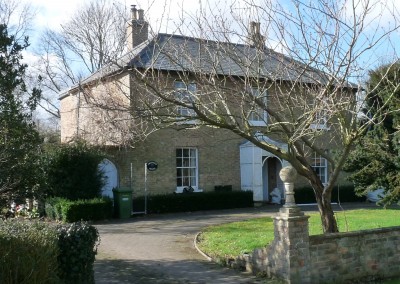 The front of Orchard House was built in the 1840/1850s, probably of Holme brick. It was the home of the Holmewood estate land agents for part of the 20th century. 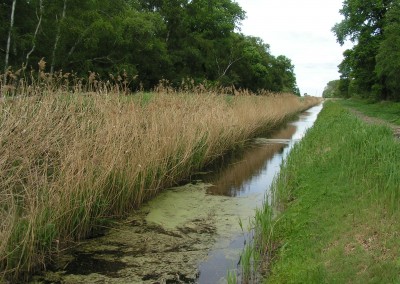 The modern day Holme Lode near to the Holme Post on Holme Fen. 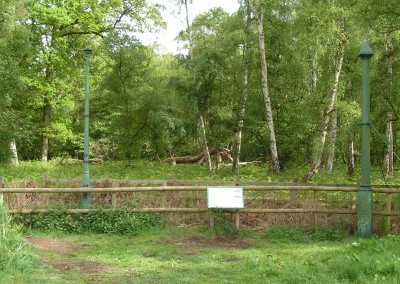 The Holme Fen Posts posts were driven into the bedrock and measure the shrinkage of the peat after the draining of Whittlesea Mere. 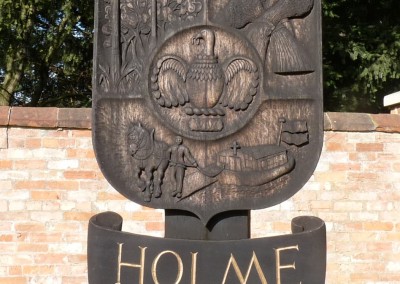 The centre of the sign depicts the Wells family coat of arms . The Fenland Ark is seen at the bottom, with the Holme Fen Posts and sheaves depicting Holme’s farming heritage at the top. 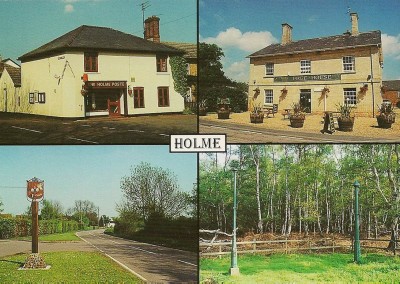 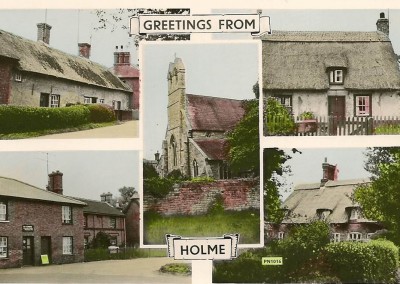 The date of this postcard is unknown but would be prior to the late 1940s as several of these buildings would have been demolished by then. Top left – these cottages stood on Short Drove and have been replaced by a modern bungalow. Top right – Old cottage on Station Road next to the Cube also replaced by modern bungalow. Centre – The Church Bottom left – Holme village shop on the corner of Short Drove and Station Road. Bottom right –Cottage standing behind Holme Church. Formerly the Holmewood Hall gardeners cottage. 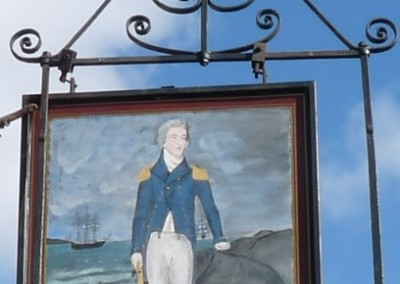 The picture of Admiral Wells as depicted on the present sign outside the pub of the same name. 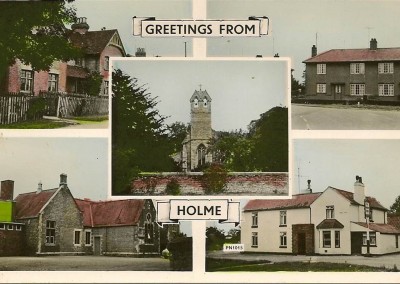 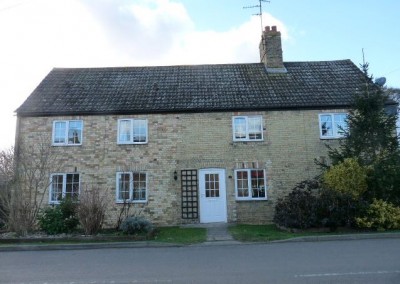 It is known had a blacksmith in the 17 th but the site of his smithy is unknown. This building dates from the mid 19th century. The 1940 Kelly’s directory shows Walter Upex as the blacksmith.

The Woodmans Cottage was built as a gatehouse for the 1844 carriage road from Holmewood Hall to the Yaxley Road. 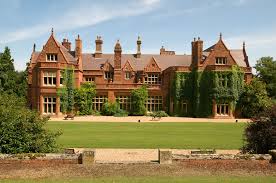 A view of the present day Holmewood Hall from the garden. 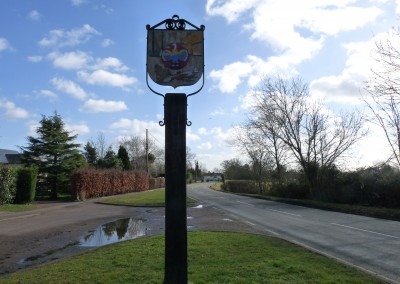 This sign is situated on the small green in front of the old shop on Station Road. Going towards the railway.